The Magic of Myths

In my last post I wrote about the durable story that George Washington visited with John Opdycke and that, as a result, the village where Opdycke lived took on the name of Headquarters. Some people will read that sentence and conclude that it happened and is not a myth. They will ignore that phrase “durable story.”

As it turns out, this is just a thing we humans do. We drop the qualifiers, and turn maybe into did or was. This is nicely explained in a website called “History Myths Debunked” by “Two Nerdy History Girls.” They recently wrote about a story in “The Economist” describing how this tendency to mythologize comes about. You can read their take on it here, and “The Economist” article here, where Derek Rucker explains that by restating rumors, “you help to propagate them . . .  people who read rebuttals tend to forget the denial and remember only the rumor.” 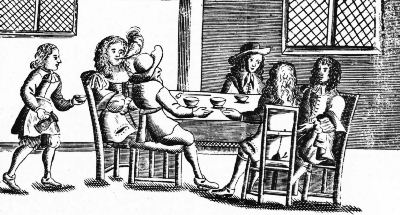 And over the years, the rumors turn into myths. So does it make sense to try to set the record straight? In some cases it might, because in the process of looking at the old stories again, new things turn up, just as in my case, where I found a particular day in July 1777 when George Washington just MIGHT have stopped in Headquarters. Doesn’t mean he did though.

There is another local historian who wrote about the Continental Army passing through Delaware Township: Jonathan M. Hoppock, whose articles I plan to post on this website under “Historians Revisited.” He wrote about “The Old Opdycke House” in 1905, and got a few facts wrong. In another article, which I will post soon, called “Washington’s Headquarters, July 1777,” he wrote that the house on the mill property was built by Luther Opdycke, when in fact, Luther Opdycke was John Opdycke’s nephew and couldn’t possibly have built the house. How many people read his article and just took what he said at face value?

And yet, I would never throw out J. M. Hoppock’s articles, anymore than I would throw out The Op Dyke Genealogy. These people still have much to offer us, even if they don’t have all their facts straight. It’s up to us to sort out the wheat from the chaff. Even the mistakes and legends have something to tell us.

All this reminds me of  “The Man Who Shot Liberty Valance,” when after an awful lot happened, the character Ransom Stoddard asked the newspaper man Maxwell Scott, “You’re not going to use the story, Mr. Scott?” And the answer was: “No, sir. This is the West, sir. When the legend becomes fact, print the legend.” Want to know what brought him to that conclusion? Watch the movie.