WOOLVERTON/WOLVERTON. In early records, the family name was spelled with two ‘o’s. But later generations dropped the extra o. Charles Woolverton acquired a tract of 1,665 acres in Amwell and Kingwood Townships in 1714. He was living in Burlington County before he brought his wife Mary Chadwick and children here. Eventually they had ten children, most of whom had large families of their own. They have spread far and wide.

END_OF_DOCUMENT_TOKEN_TO_BE_REPLACED

This is a continuation of the history of the farm once owned by Richard Reading, then later by John Woolverton and wife Rachel Quinby. After John Wolverton’s death, it came to his son Samuel. END_OF_DOCUMENT_TOKEN_TO_BE_REPLACED

My previous three articles concerned the history of the old Howell House on Worman Road, on the periphery of the Rosemont neighborhood. Today I move over to the southwest quadrant of the village, back to the part of Mount Amwell that John Reading kept for himself.

END_OF_DOCUMENT_TOKEN_TO_BE_REPLACED

The Rosemont Store and Tavern house

Although this article concerns two more owners of the Rittenhouse Tavern, I am going to interrupt the story to relate the history of the Rosemont Store. The reason for that is that the next tavern house owner, Lambert B. Mathews, purchased the store before he bought the house.

END_OF_DOCUMENT_TOKEN_TO_BE_REPLACED

This is a continuation of my history of the ownership of the Rittenhouse Tavern. The previous article covered the period of time when members of the Rittenhouse family owned the tavern. The following article looks at the subsequent history, starting with James Wolverton and Mary Ann Sergeant in 1843, George Hoppock and Jane Elizabeth Wolverton in 1868 and Lambert B. Mathews and Lizzie Nixon in 1910, and ending with Frank W. Reading and Charlotte Venable in 1922.

END_OF_DOCUMENT_TOKEN_TO_BE_REPLACED

or The Misuse of Genealogy 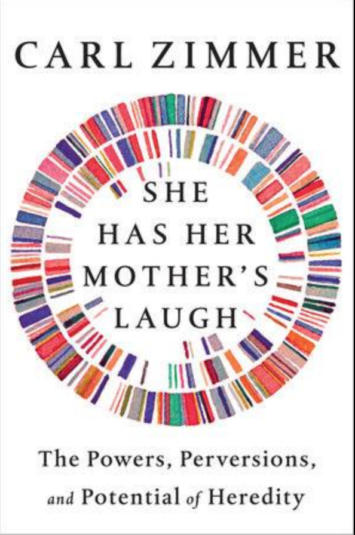 On May 29th, my son, Carl Zimmer, published a book titled She Has Her Mother’s Laugh: The Powers, Perversions and Potential of Heredity. This is a book that all genealogists and geneticists will love. (I’m not biased at all!) And there is a special reason for New Jersey genealogists to love it.

In his chapter concerning Mendelian eugenics, Carl wrote about Henry Goddard of the Vineland Training School in south Jersey, and his study of one particular family that proved to him that feeble-mindedness and “moral degeneracy” were inherited. A member of that family was institutionalized at the school, which was established to care for “mentally-defective” children.

END_OF_DOCUMENT_TOKEN_TO_BE_REPLACED

The Wolverton family of New Jersey began with Charles Wolverton and Mary Chadwick, who first settled in Burlington County in the late 1690s and came to Amwell Township as early as 1714, one of the very first families to settle in present day Hunterdon County. They quickly became one of the most prominent and widespread families in the County.

END_OF_DOCUMENT_TOKEN_TO_BE_REPLACED

Here are some more of the Delaware Township gentlemen who took sides during the early years of the Civil War—men who joined the Democratic Club of Delaware Township in 1863, and also men living in the same vicinity who supported the Administration.1

END_OF_DOCUMENT_TOKEN_TO_BE_REPLACED

A Pirate in Old Amwell

When writing about Pine Hill Cemetery recently, the name of John Lewis came up. This reminded me of a wonderful article written by Jonathan M. Hoppock back in 1905 about a mysterious character named Ticnor Lewis who lived not far from Pine Hill. It is one of Mr. Hoppock’s most colorful yarns, and one of his many stories of the early settlers in Amwell Township. This one is based entirely on folklore or family tradition. A bowl-full of salt is highly recommended.

END_OF_DOCUMENT_TOKEN_TO_BE_REPLACED

Of all the one-room schools in Delaware Township, none seems to have inspired more devoted attachment than the Van Dolah School. The number of graduates was large, and many of them were highly accomplished in later life. It was probably one of the best photographed schools in the county. I have included many of them here.