Recently, my son, Ben Zimmer, sent me a clipping that a friend of his had found in the Trenton True American for March 7, 1803. This friend, Barry Popik, was researching the expression “Uncle Sam,” (see  “New Light on “Uncle Sam”), and had found an instance of its use in this letter to the editor:

END_OF_DOCUMENT_TOKEN_TO_BE_REPLACED

In my previous post (A Shrinking Township, part one), I wrote about a petition in 1896 to take a large chunk out of Delaware Township and give it to East Amwell Township. That petition was signed by two East Amwell residents, William H. Manners and Simpson Sked Stout. This post will describe these two, as well as the journey the bill took through the legislature, and the property owners who were affected by it.

END_OF_DOCUMENT_TOKEN_TO_BE_REPLACED

On November 18, 1896, two gentlemen from East Amwell Township announced in the Hunterdon Republican newspaper that they would petition the state legislature to change the boundary between East Amwell and Delaware Townships. It was a fairly radical change they were proposing, in which Delaware Township yielded to East Amwell a large chunk from its eastern border and Delaware got nothing in return. On April 17, 1897, the State Legislature followed through and passed a bill to make that happen.

END_OF_DOCUMENT_TOKEN_TO_BE_REPLACED

This genealogy covers the family of Alexander Martin of Scotland or Northern Ireland, born about 1670, who emigrated to America with his second wife and his eight children. Each of these children gets a chapter describing their families based on Ms. Lane’s extensive research. There is one extra chapter on Rev. Thomas Martin, son of Hugh, grandson of Alexander. Since so many members of this family lived in Hunterdon County, the index includes a list all the towns in Hunterdon that were mentioned, a feature I appreciate.

Like many others, Ms. Lane was frustrated by the lack of a good genealogy about her ancestors, so she remedied the omission by writing her own. Considering how important the Martin family is to Hunterdon’s history, it’s a good thing she did. The second volume will also be of interest to Hunterdon researchers. It covers descendants of Col. James Martin (1742-1834) and Martha Martin Rogers (1744-1825), children of Hugh Martin.

Copies of all four volumes may be obtained at the website www.lulu.com. Type “Francie Lane” in the search box. A fifth volume is in the works.

END_OF_DOCUMENT_TOKEN_TO_BE_REPLACED

A new history of the New Jersey proprietors and their jurisdictions

END_OF_DOCUMENT_TOKEN_TO_BE_REPLACED

This is the third and final part of a speech delivered on Nov. 16, 2014 for the Hunterdon County Tercentennial. You can find the first two installments here and here.

Petitioning for a New County

With so many surveys being made in the new Indian purchases, it was clear that people would be settling in this area very rapidly. And it was also clear that this new area was going to be hard to manage from far-away Burlington City. The residents of the northern townships in Burlington County were becoming frustrated by the need to travel 20 to 35 miles by horseback to the county seat to record their deeds, probate wills and attend court.1

END_OF_DOCUMENT_TOKEN_TO_BE_REPLACED 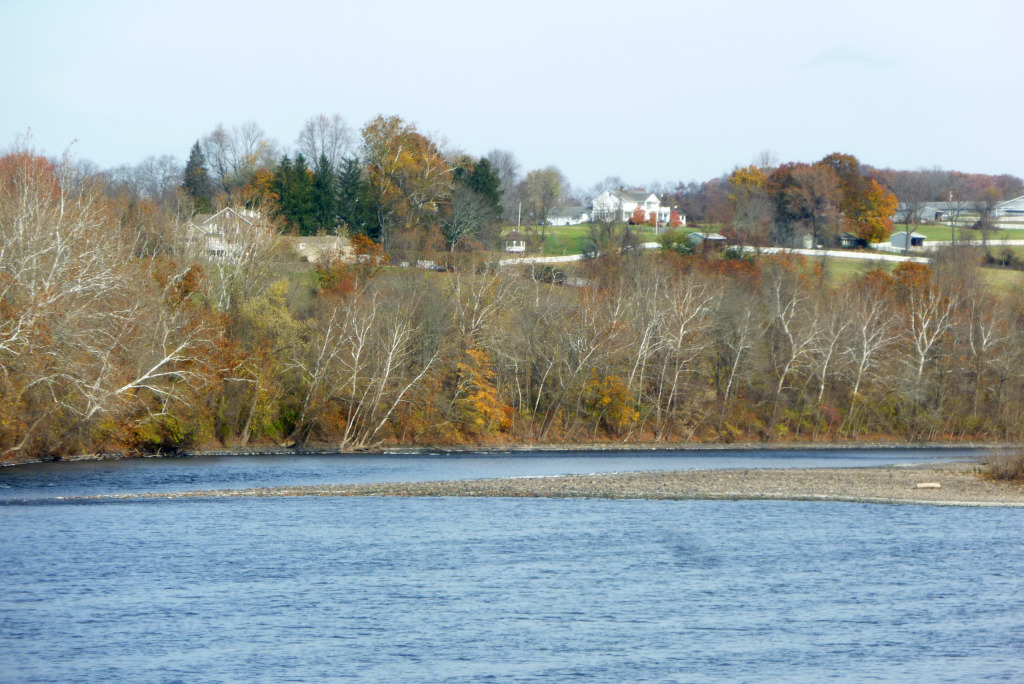 I ended the last post with the statement that in 1704, John Reading had a tract of 1440 acres surveyed in the far northwestern corner of the Adlord Bowde purchase. It was an excellent location—superior agricultural soil and access to the river. At this point, the river runs east-west, so Reading’s house could face south as well as face the river, and he had an excellent view of traffic going both ways. He named it Mount Amwell, after his family’s ancestral home in England. END_OF_DOCUMENT_TOKEN_TO_BE_REPLACED

END_OF_DOCUMENT_TOKEN_TO_BE_REPLACED

There is something fascinating about old roads, especially when their routes differ from the ones we know today. One of the very oldest roads in Hunterdon County was “layed out” in December 1721 and recorded in January 1721/22.

Here is the full text, as transcribed in Snell’s History of Hunterdon County (p. 347), which I will follow with my attempt to decipher what route was being described.1